We Are SKK Developments

Since 1987 SKK Developments, owned and managed by Sotiris Kolokotronis, has been building communities that are lasting – from award-winning master-planned developments to neighborhood-defining urban core projects, to successful commercial centers that create revenues and vibrancy.

Sotiris Kolokotronis has overseen more than 80 partnerships and joint ventures in a portfolio valued at greater than $1.7 billion and played a major role in bringing about the master-planned communities of Laguna West, Natoma Station, Olympus Pointe in the Sacramento Region, and Hawthorne Ridge in Portland.

SKK’s vision has played a primary role in the transformation of Midtown Sacramento with the development of urban mixed-use projects including The Eisley, The Press, Eleanor Apartments, H16, L Street Lofts, 1801 L, Q19, 20PQR, Fremont Building, and Capitol Park Homes. SKK has numerous projects under construction or in development including The Mansion, Arden Gateway Phase II, 16th/17th and J Street, 1116 18th Street totaling $600 million in value and 1,275 units.

Most recently, SKK Developments has been selected by Sacramento Municipal Utility District (“SMUD”) to develop their 20-acre former Corporation Yard for a mixed-use transit-oriented urban community with a total of 878 residential units, 20,000 square feet of commercial/retail space, along with various community amenities valued at $420 million.

We are proud to be on the forefront of  “affordable by design” by introducing higher density into both its urban and suburban projects.

Urban infill projects are inherently sustainable by design. We activate vacant or underutilized spaces in our urban core with higher density, energy efficient buildings whose very location support alternative modes of transportation within the urban core.

We are proud to be active partners in building and sustaining our local community through our support of local non-profit organizations, sponsoring and hosting charitable events, and featuring the work of local artists and artisans in our buildings. 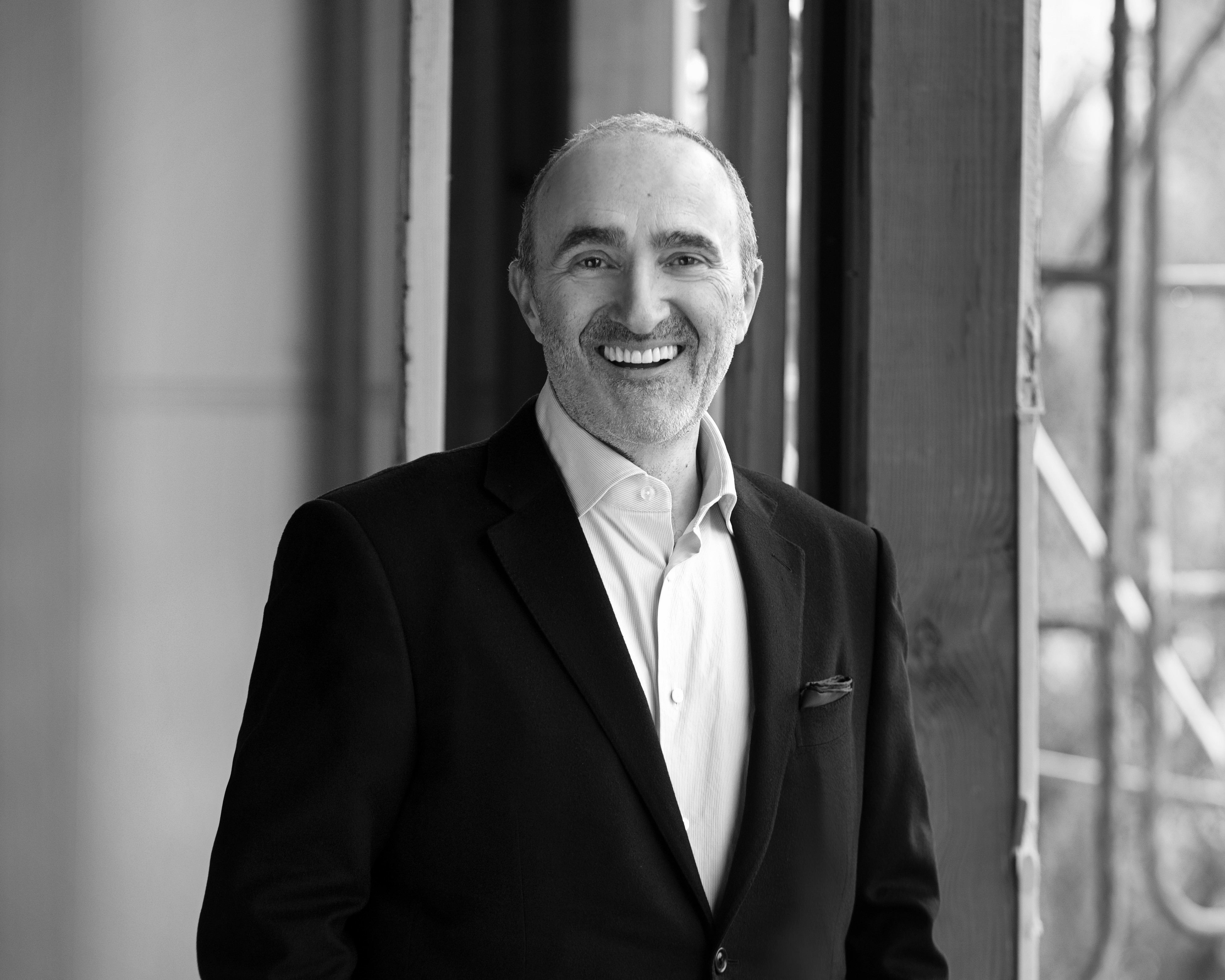 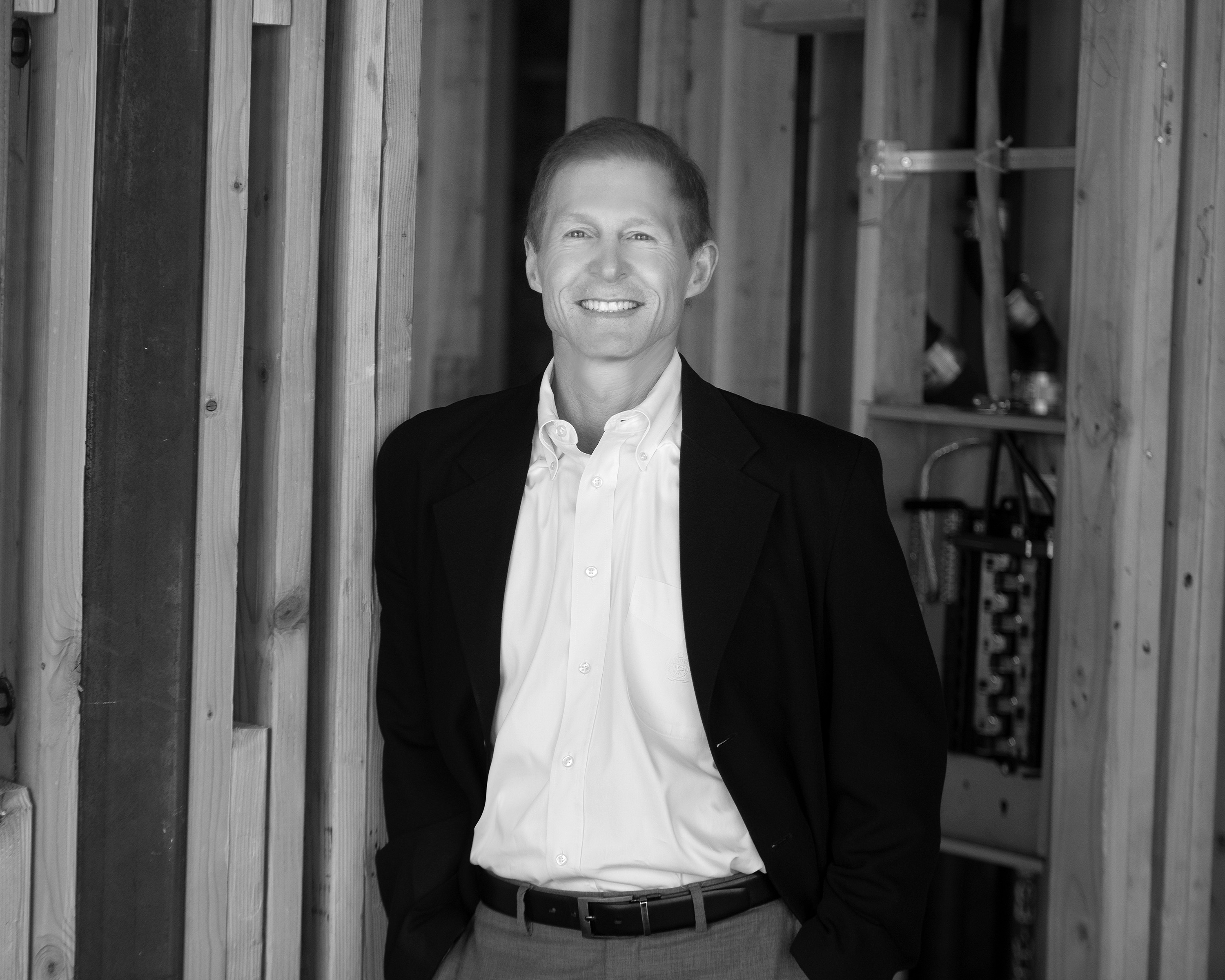 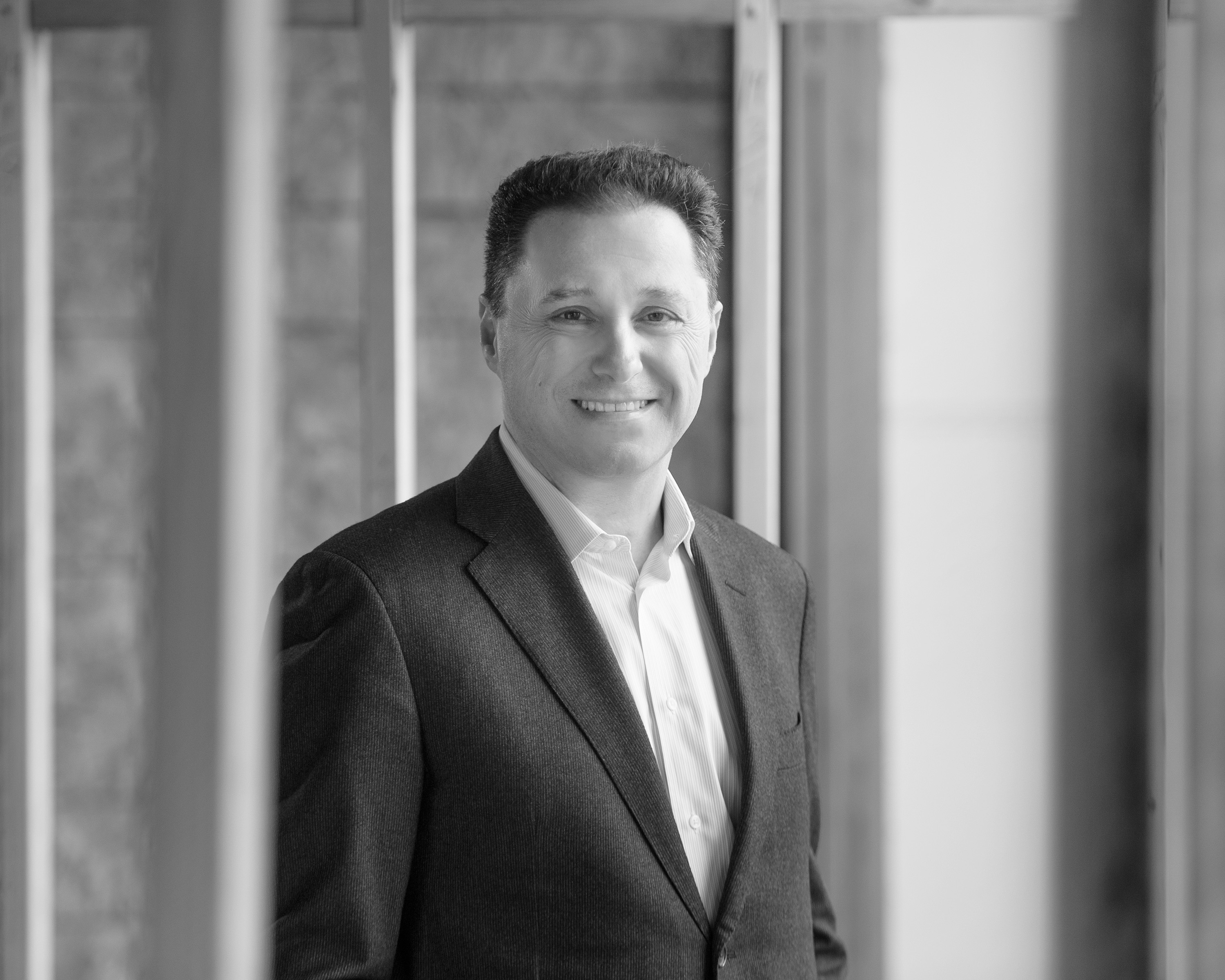 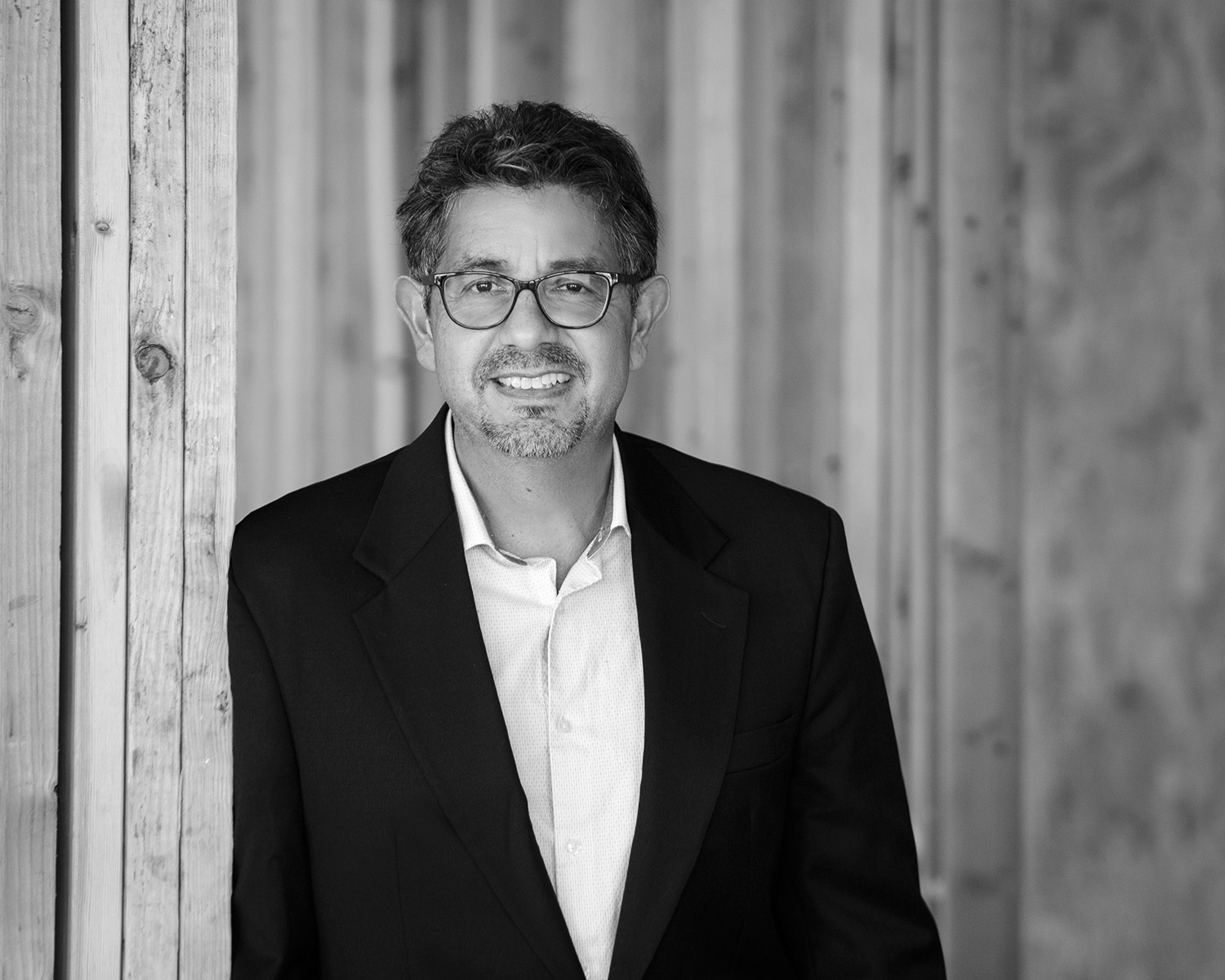 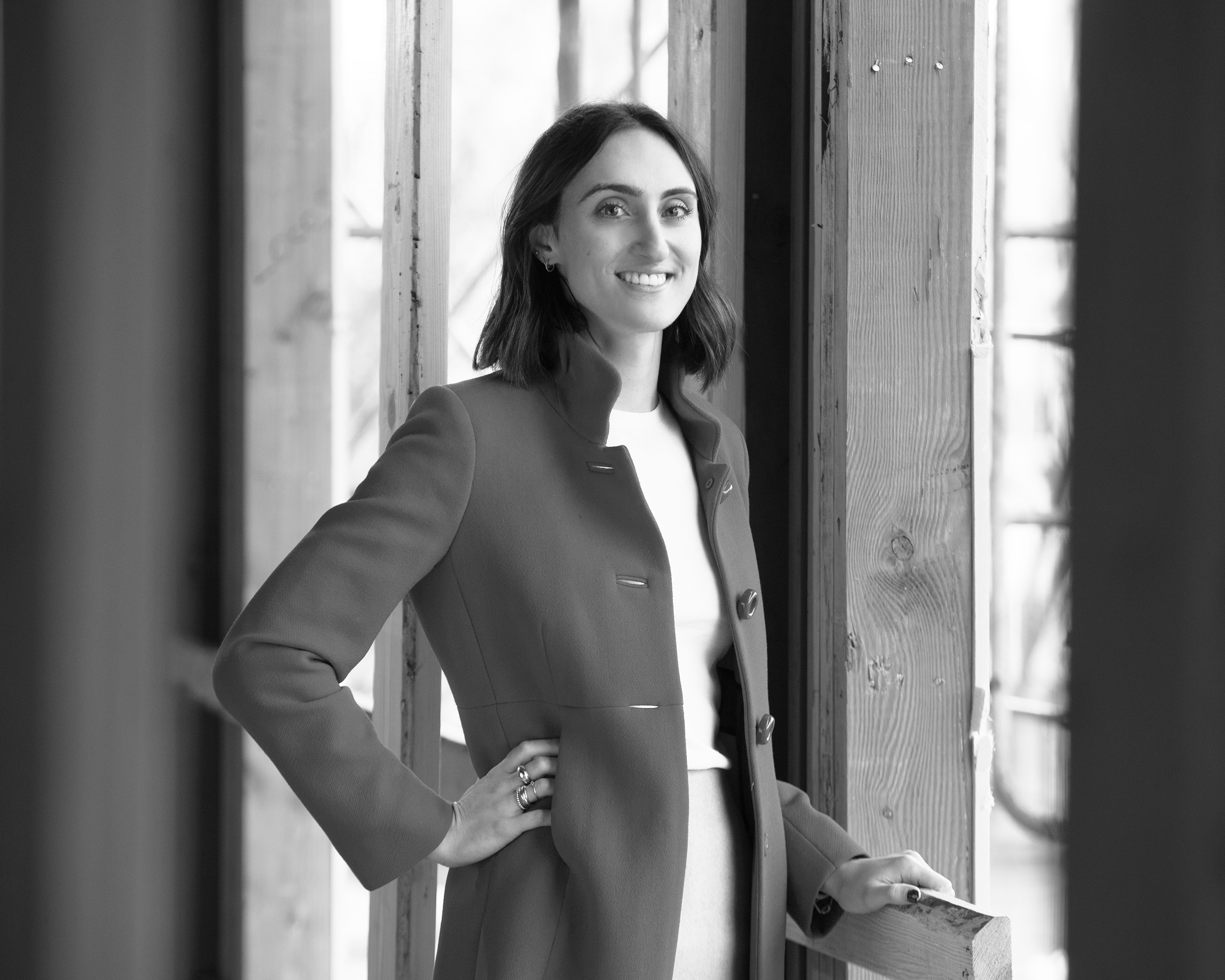 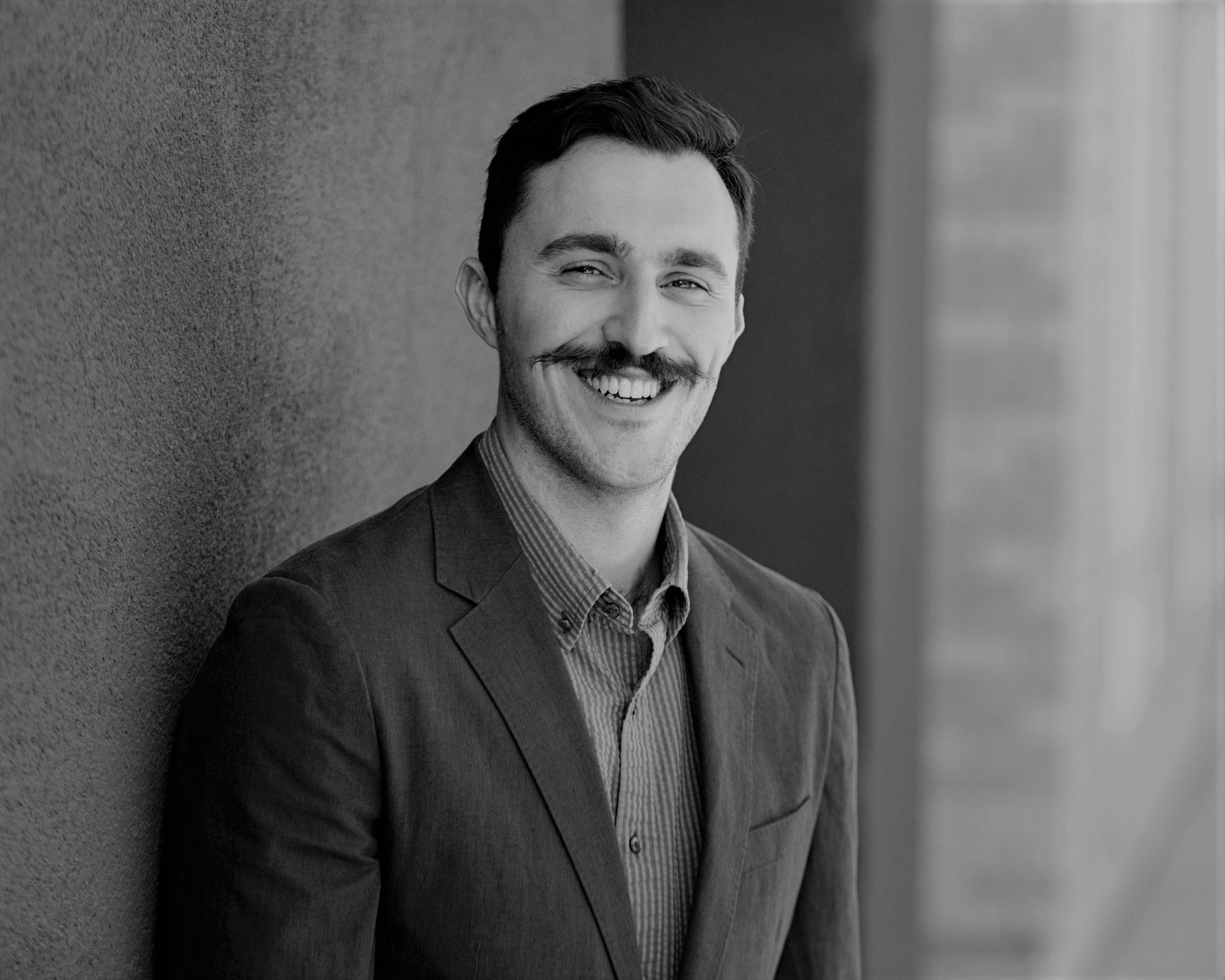 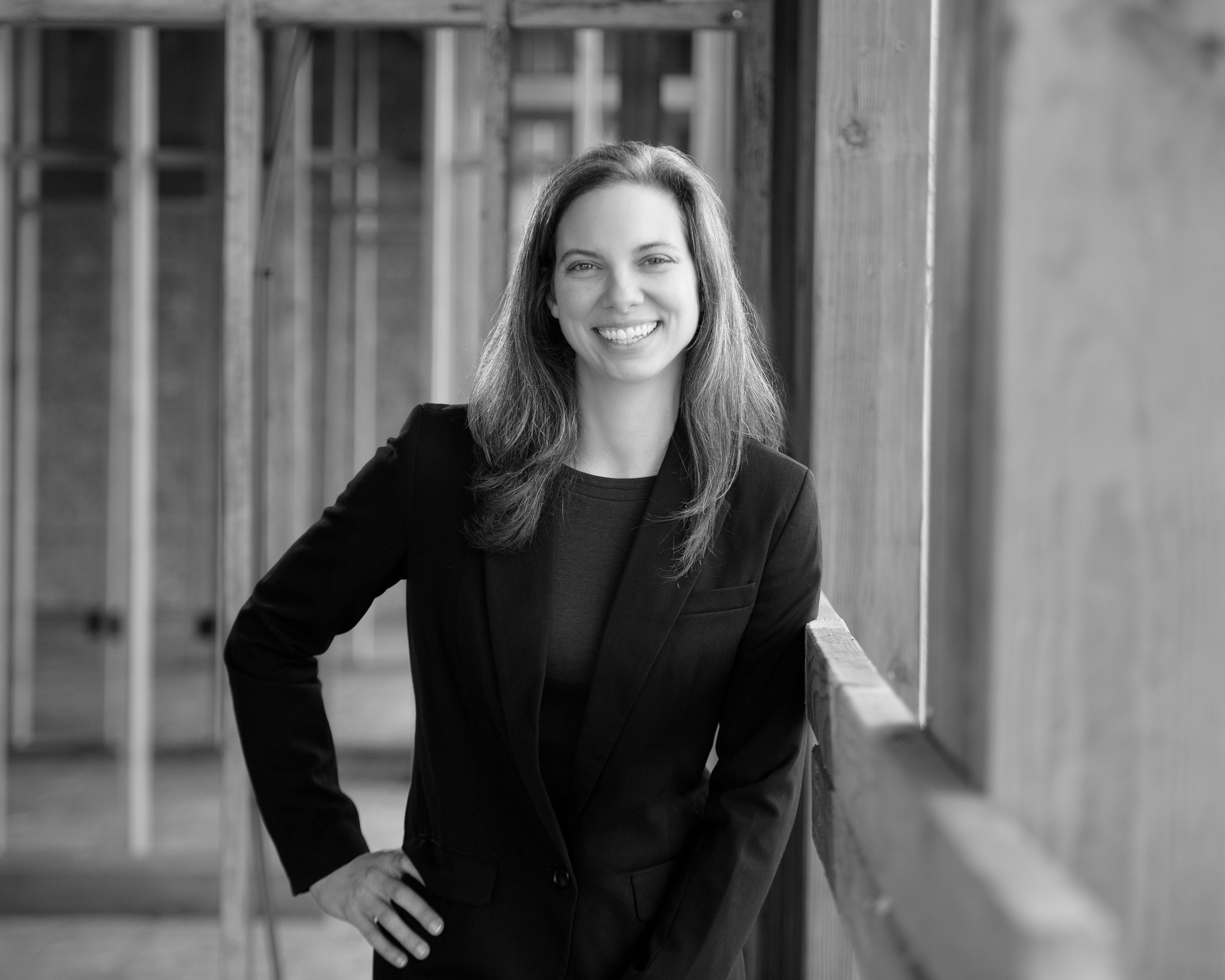 SKK Developments has intentionally kept a small internal team while working with many collaborators and partners on all its projects. From co-developers, to architects, designers and management firms, we take pride in the our development teams and the products we’ve delivered. 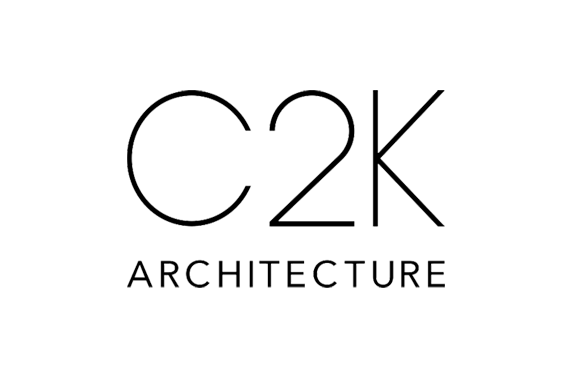 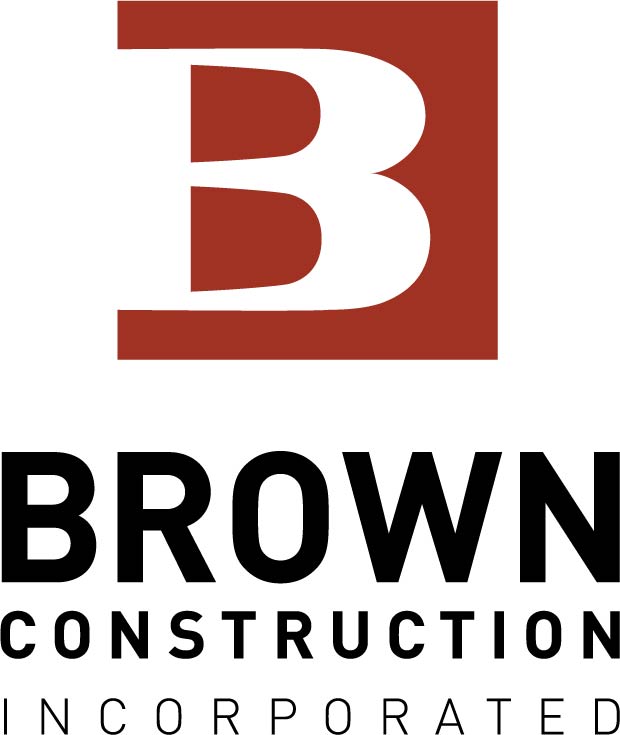 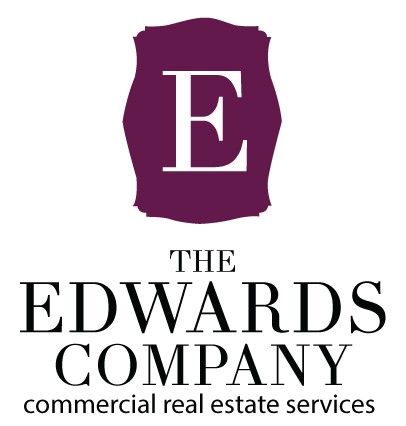 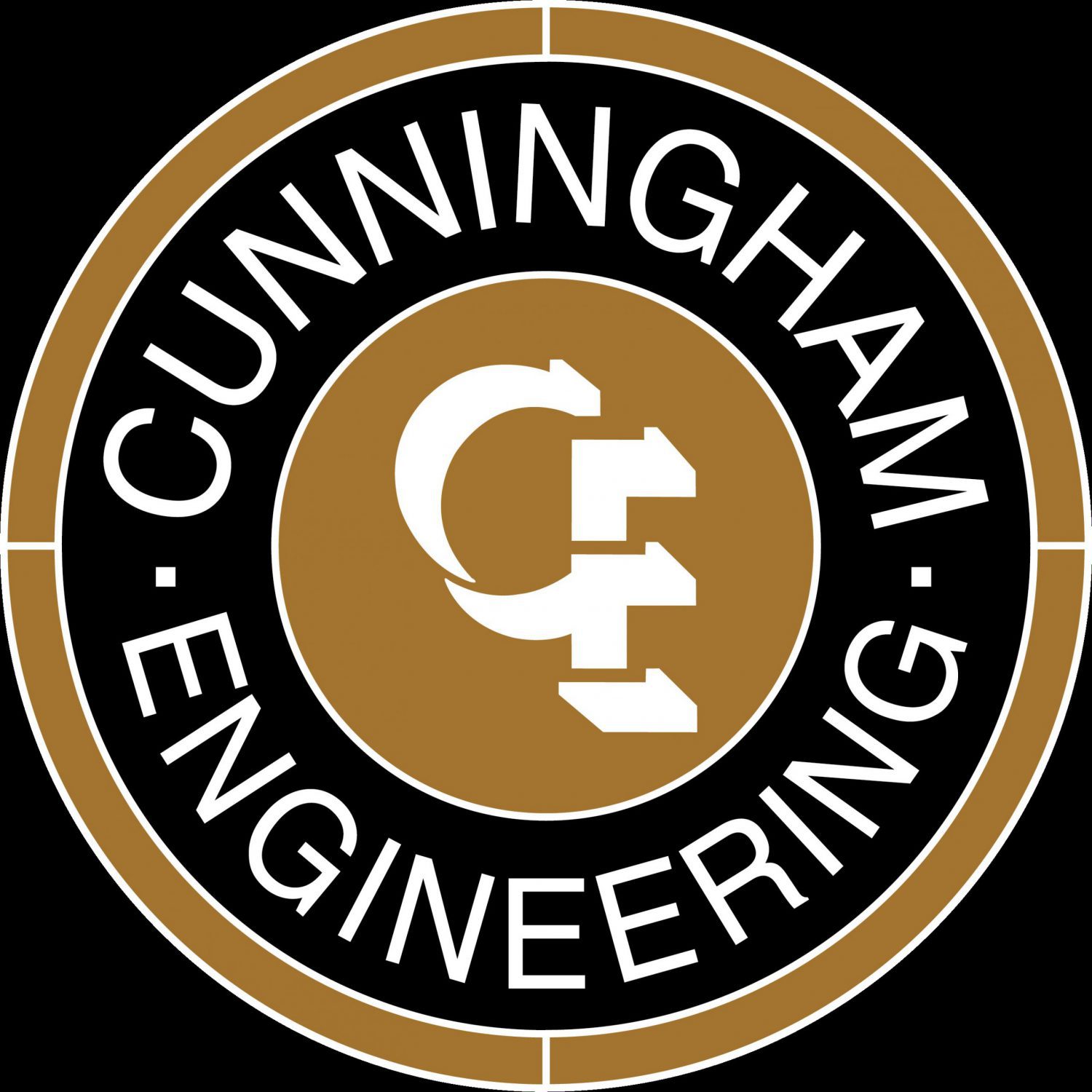 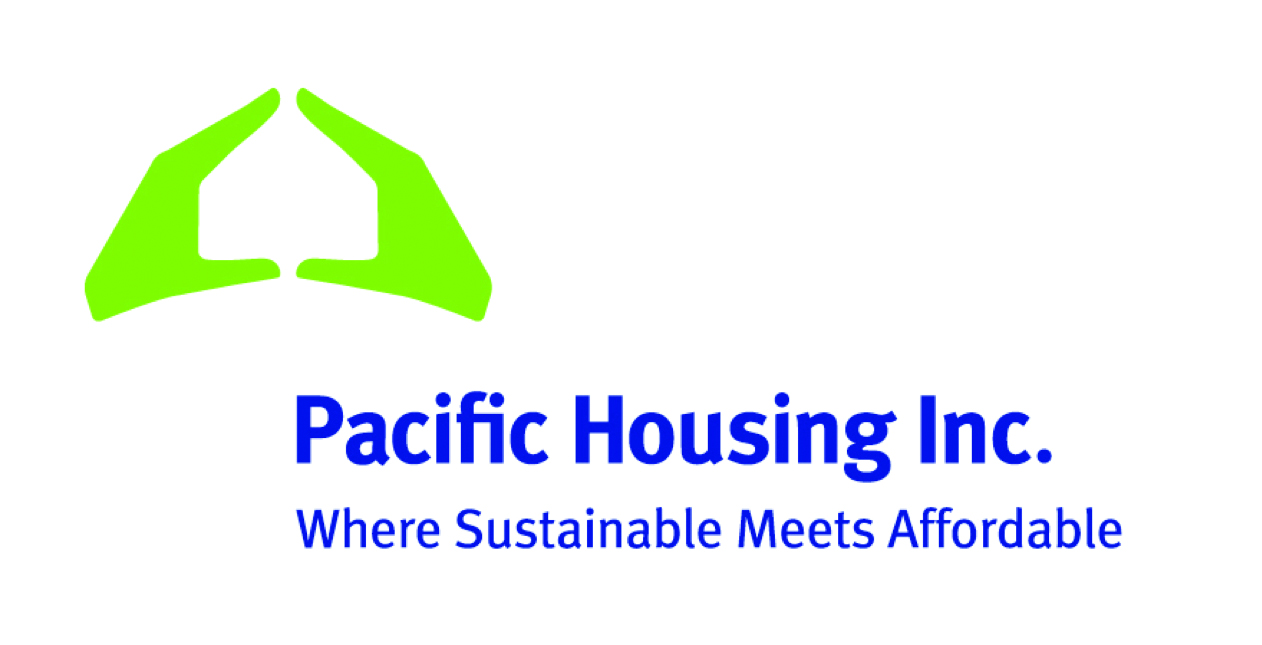 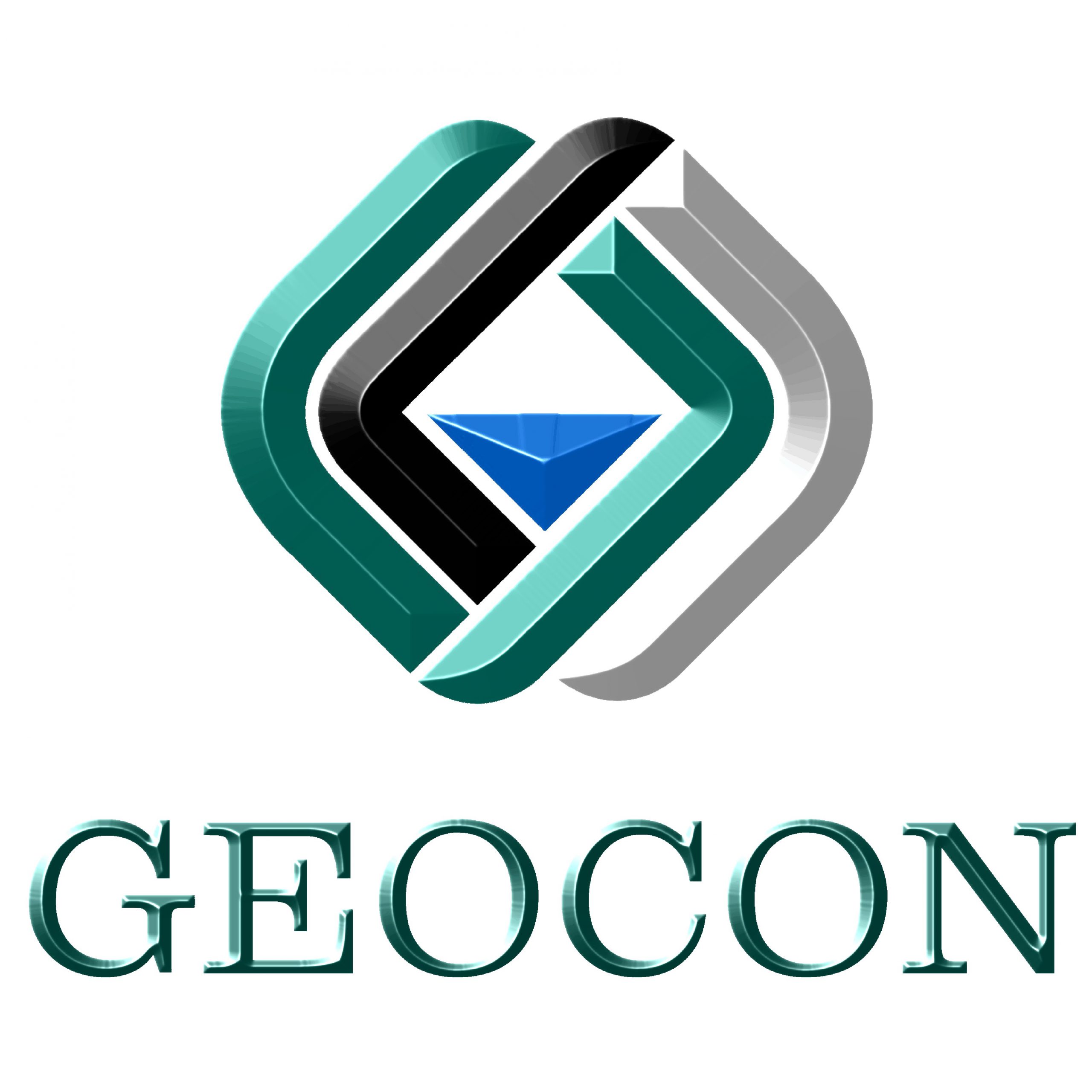 Changing the Landscape of the Sacramento Area

Sotiris K. Kolokotronis is the Founder and President of SKK Developments, a real estate firm that specializes in mixed-use, multi-family, and land development projects.

Sotiris began his real estate career in 1985. Since 1987, he has been involved as principal in developing more than 7,000 residential home sites, 4,000 single-family homes, 4,000 multi-family units, and 600,000 square feet of commercial buildings in Northern California, Colorado, Nevada, and Oregon valued at $2 billion.

His projects have played an important role in shaping the landscaping of the Sacramento region, and in particular the renaissance of Midtown Sacramento since the early 2000s with the development of a number of urban mixed-use projects. These projects – L Street Lofts, 1801L, The Fremont Building, Capitol Park Homes, Q19 Apartments, 20PQR Townhomes, H16, The Press, and Eleanor Apartments – contain 968 ownership and rental residential units and 40,000 square feet of retail space; valued at $447 million.

Additionally, SKK Developments has been selected by Sacramento Municipal Utility District (“SMUD”) to develop their 20-acre former Corporation Yard for a mixed-use transit-oriented urban community with a total of 878 residential units, 20,000 square feet of commercial/retail space, along with various community amenities valued at $420 million.

SKK’s projects and team have been recognized by numerous, respected agencies and organizations for pioneering designs and incorporating principles of smart growth, including:

Jim Wittrock is the Controller for SKK Developments and has over 30 years’ experience in real estate accounting and finance.  At SKK he is responsible for all accounting, financial reporting, budgets, and cash management in addition to tax return preparation, annual CPA audits, and audited financial statements for reporting to partners and public entities. He holds a Bachelor of Arts degree from the University of Hawaii, Manoa, and an MBA from California State University, Sacramento. Mr. Wittrock is a prior member of the Institute of Management Accountants (IMA) and is a licensed Real Estate Broker for the State of California. He currently resides in Folsom, CA with his family.

Greg Theodosopoulos is a Director of Development at SKK Developments where he is involved in locating and assessing potential development sites, preparing pre-development budgets and schedules, underwriting and financing for all new projects, and managing and monitoring ongoing projects to ensure adherence of development policies and financing budgets. He holds an MSc in Mechanical Engineering from the National Technical University of Athens and an MBA from Athens University of Economics and Business. He worked for over 25 years as Technical Director of Hertz Greece and at Autotechnica Hellas SA as General Manager. Born and raised in Greece, he currently lives in Sacramento.

As Executive Vice President, Mr. Esquivel is responsible for initiating, planning, and executing SKK Developments’ vision for project acquisition and development.  A 30-year veteran of the local real estate industry, Mr. Esquivel brings a wealth of knowledge and experience in property acquisitions, feasibility analysis, entitlement processing, property-based and other forms of public financing, and land development. He holds a Bachelor of Science in Business Administration from California State University Sacramento, and a Master of Management degree from Northwestern University’s JL Kellogg Graduate School of Management.  Esquivel is a licensed real estate broker, a former adjunct faculty member at CSU Sacramento, a Deacon of Covenant Reformed Church, and lead guitarist for Bad Clams.  He resides in Carmichael, California with this wife and two children.

Marisa Kolokotronis is the Director of Operations for SKK Developments managing overall operations and project development strategy. She is responsible for executing as the liaison between project stakeholders including ownership, general contractors, architects, and design consultants, and City officials and staff. Prior to joining the family business, Marisa worked for our partners, The Grupe Company, as Project Manager to three of our joint ventures; Q19 Midtown, H16 Apartments, and Eleanor Apartments. She received her BA in Urban Studies from Brown University.

Conti Kolokotronis is the Director of Strategic Partnerships at SKK Developments where he is charged with sourcing equity for new projects, facilitating and maintaining relationships with financial partners, and is involved with locating and negotiating the acquisition of potential development sites. He was born and raised in Sacramento, CA, and graduated from the University of California at Davis.

Shelly Guerin is the Operations Manager at SKK Developments where she develops and executes the logistics of our physical operations, in addition to supporting our marketing, event, sponsorship, and development projects. Ms. Guerin is our “Jill” of all trades, with years of experience in management, team leadership, event planning, and developing system processes. She was born and raised in Baton Rouge, Louisiana, and graduated from Louisiana State University. She has lived and worked all over, from DC to Chile and Costa Rica. Now having lived in Sacramento since 2015, she has chosen to plant roots here where she can bike along the river and enjoy some of the best coffee around.